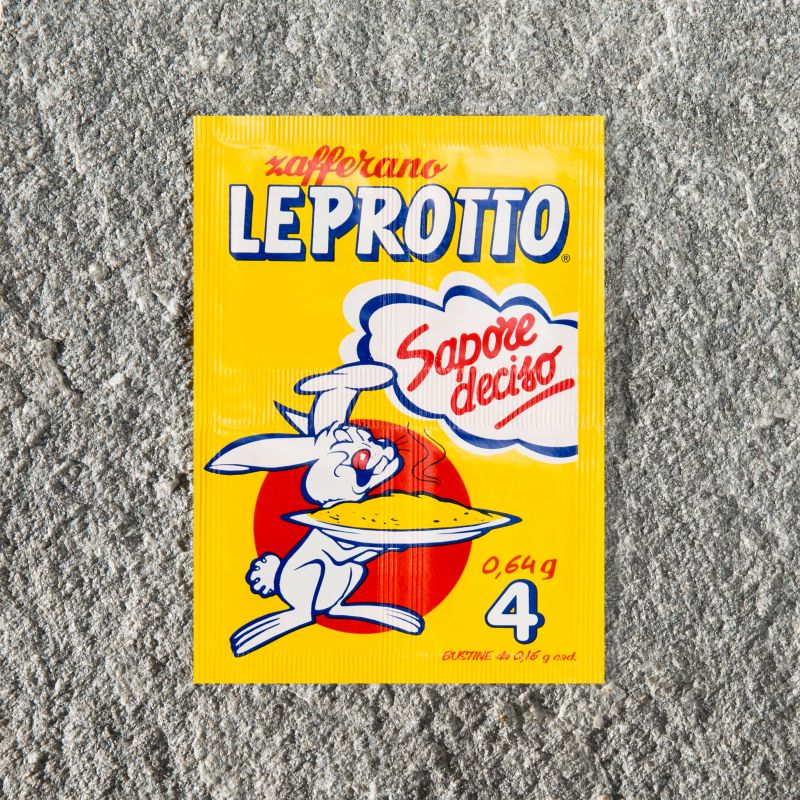 Milan and saffron have a special history, dating back to the fifteenth century, when Martino De’ Rossi, personal chef of the Sforza duchy, writes the book De arte coquinaria.
Rossi is considered the most important chef of the Renaissance. In his research, colors also play a fundamental role: just like a painter’s palette, the table must also reflect an ideal of harmony.
He breaks with Middle Age cuisine by removing spices from the dishes, in favour of a more formal rigour. This is why he picks a few essential ingredients, with which to give color to the dish: almonds for the white, parsley for the green and saffron for yellow.
He creates about seventy dishes with saffron, among which “yellow rice” stands out. It is served mainly on occasions of ceremonies and state events.
From the tables of the aristocracy, saffron risotto enters the material culture of the city, becoming “the” Milanese dish par excellence.
Thus, at the beginning of the twentieth century, Gianni Mangini founds the first company dealing with saffron for food use in Milan and launches the Tre Cuochi brand, destined for great success.
In 1963, the company replicates its success with the arrival of Leprotto, the saffron with a “strong flavor”.
On the gold-colored envelope, a gluttonous hare appears: with long legs and a chef’s hat, Otto the Hare shows a plate of steaming risotto, inhaling its perfume with a satisfied smile.
Its joyful image fully interprets the atmosphere of the economic boom, giving life to a three hundred and sixty degrees communication: exhibitors, television advertising and personalized gadgets aim to build a modern culture of saffron. With this in mind, the company also launches a series of recipe books, creating original combinations to give life to a new gastronomic alphabet.
Saffron thus comes out of the realm of first courses, to spread into appetizers, second courses, desserts.
The package also amplifies this desire for knowledge: the recipes, printed on the back, offer tasty ideas, creating new opportunities for experimentation. Just like the hare, a symbol of speed and lightness, the consumer is invited to approach the kitchen with agility, obtaining immediate satisfaction.
But the real master stroke is the coupon to win a leather ball (yellow, obviously!), which the company has been distributing since 1978: by opening the package, someone lucky can find a coupon announcing the victory.
By sending the ticket, the ball, is delivered directly to your home. The prize is not advertised and it is precisely this that creates wonder: the choice to do something secret and counter-current. The result is a surprising game, capable of enchanting for its simplicity, withstanding the test of time.