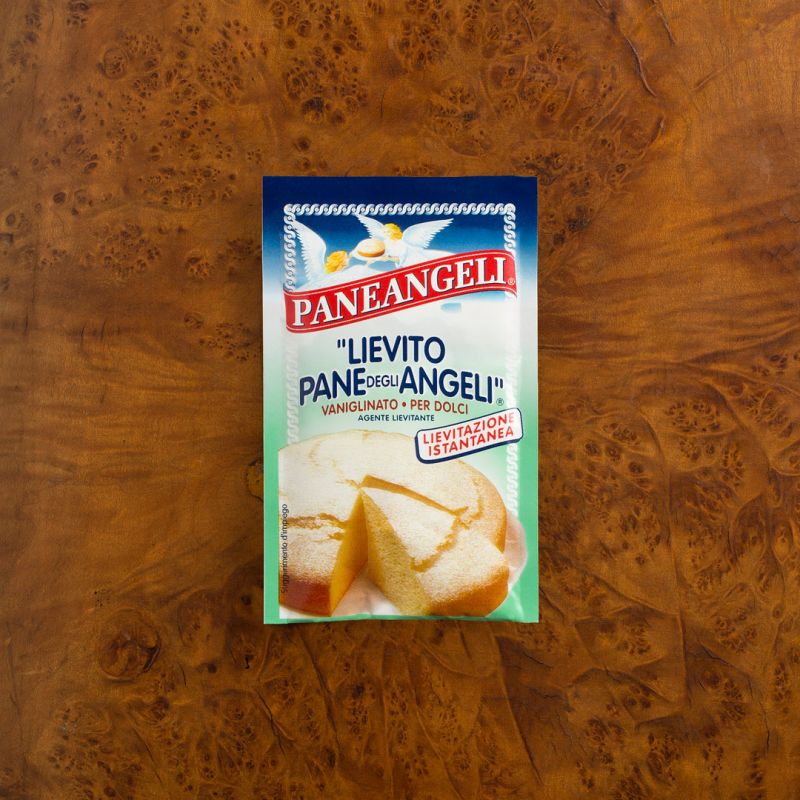 Ettore Riccardi's life is marked by a strong desire for independence. Born in Cremona in 1907, as a child he works in his father's dairy. Soon, he realizes that he doesn't want to follow his father's footsteps and becomes the shop boy in a grocery store. At 18, he finally becomes independent from his family, by gaining an ad personam emancipation permit: being officially an adult despite his young age (at that time, in Italy, you have to be 21) he can fulfill his dream to open a grocery store of his own. Not one to rest on his laurels, he goes a step further and launches a new baking powder formulation in 1932. Unlike other commercial baking powders, this one doesn't leave a bitter aftertaste in the mouth, while keeping the promise of making soft and tall cakes. The costumers like it so much that they define it “a baking powder for angelic cakes”. Ettore quick baptizes it with the most appropriated name - Pane degli angeli (Angels' bread) – and conquers Italian housewives with a heavenly imagery: on the turquoise package two angels share a delicious cake. After the war, he starts a series of recipe books to regain his clientele’s confidence: by browsing the pages, you can immerse yourself in a world of fritters, donuts and pies: a real homage to post-war optimism. In the 70s, Ato and Eto are born. They are two winged chubby and curious children, who are drawn to Earth by the scent of a cake baking in the oven. Ato and Eto travel a lot: they discover London, Paris, New York and always find a way to eat a slice of cake at the end of their adventures. Children from all over Italy follow their hijinks, anticipating the pleasure of a home-made treat. In 1990 the brand is acquired by cameo, a company established in Desenzano del Garda in 1933, which distributes Paneangeli baking powder in Italy only, but with dazzling numbers (over 100 million sachets per year!). Since then, the two angels have been thinking about everything you need to create a perfect cake. Not even forgetting the irresistible cherry to top it.