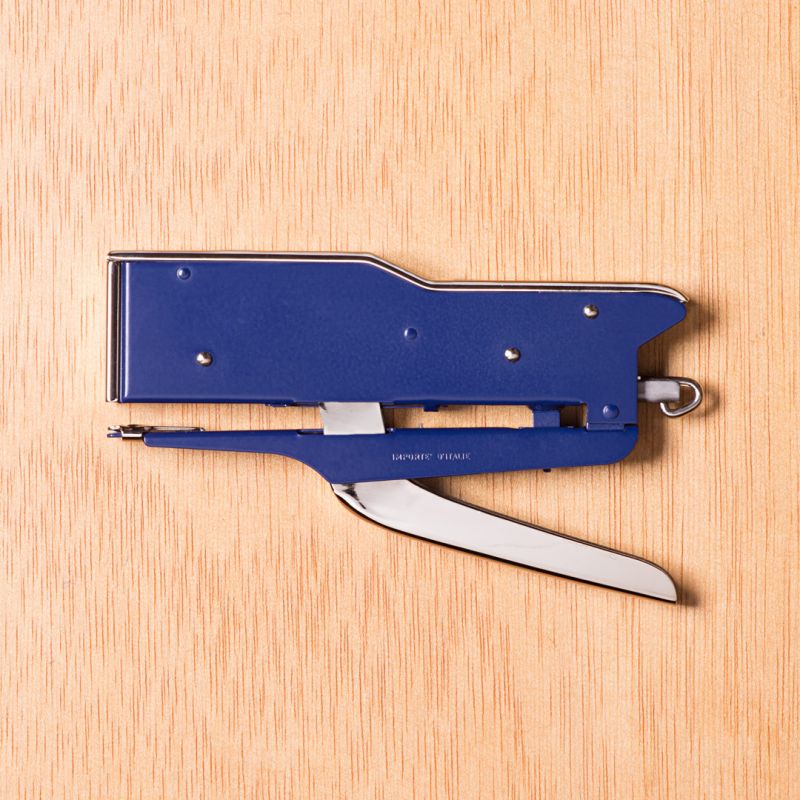 The first stapler appears at the court of Louis XV in the 1700s: a tool that uses decorated pins, with which the king imprints the royal seal.
Subsequently, many inventors contend its patent: in 1868, C.H. Gould registers the first official license in England, while Albert Kletzker does the same in the United States. Another American, George McGill, patents the metallic pin and launches the “McGill Single-Stroke Staple Press” with good commercial success.
Anyway, the golden age of the stapler begins in the 30s, when offices become the heart of industrial life.
Its fame reaches Italy after the Second World War: during the economic boom the country is in full throttle and the number of white collar employees spikes. It is in this context, in 1948, that Aldo Balma designs the Zenith 548, a prodigy of good design, function and form.
In no time this stapler revolutionizes office life: in lieu of rusty pins staining the paper, the Zenith 548 shoots staples with millimetric precision, and soon becomes popular all across the globe, an icon of style and a symbol of industrial Italy.
To this day, the Zenith 548 is guaranteed for life, thanks to its undiscussed quality. After all, when choosing its name, the inventor was never in doubt: he wanted to refer the highest point the sun reaches over our heads, and to do the same with his product.