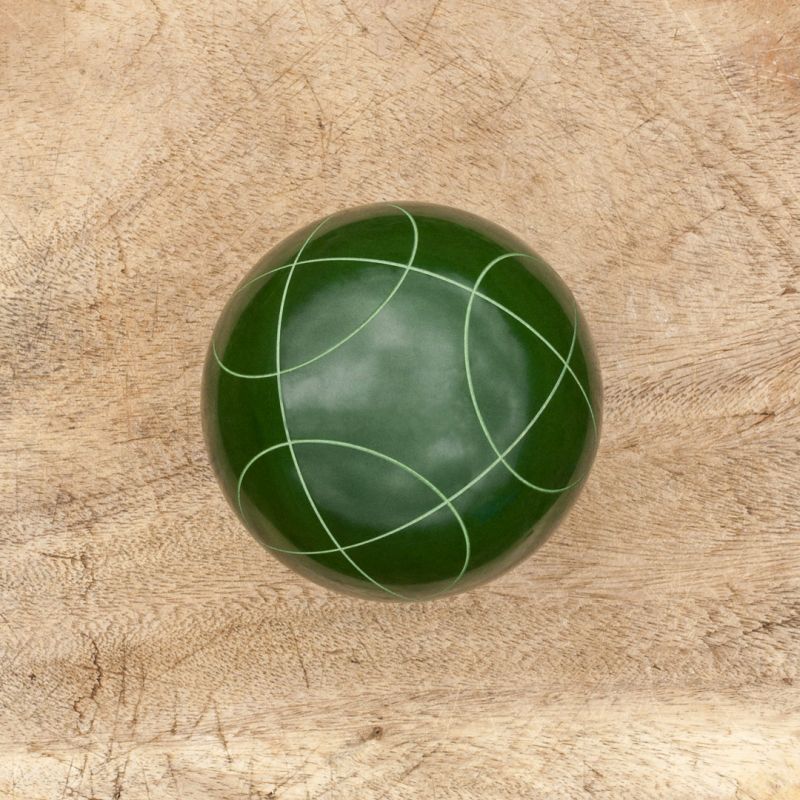 Queen: What sport shall we devise here in this garden
To drive away the heavy thought of care?
First Lady: Madame, we'll play at bowls.
Queen: Twill make me think the world is full of rubs
And that my fortune runs against the bias.
William Shakespeare, Richard II, Act three, Scene four

Bocce (Italian for "bowls") are a truly ancient game: the Greek doctor Hippocrates (VI century) is amongst the first to mention them, as a health-maintaining remedy.
Then the Romans introduce it to Gaul and Brittany, making the game popular everywhere. But the golden period for bocce is the middle ages. Nobody escapes the lure of these rotating spheres: ladies play in castles, monks play in cloisters, while the common folk neglect their chores and are ready to fight it out over a lost bet. Concerned citizens of the time try everything to be rid of this social plague, but the sport is so beloved that intellectuals and philosophers are ready to defend it: Erasmus of Rotterdam, Martin Luther and Calvin, among others.
In the midst of this exhilarating environment, in 1753 in Bologna, Il gioco delle bocchie (The Bowls Game) by Raffaele Bisteghi is published, the first official game manual. Italy has become the adoptive homeland of this discipline ever since. Only Fascism can put a halt to it, by deciding that it’s not manly enough. But after the forties, bocce once again become a social pastime, uniting intellectuals, presidents, workmen and farmers on the same court, with the same passion. Italian migrants write home to be sent a playing set: sporting clubs, supplied by Italian manufactures, emerge in the US, in South America and Australia.
Today the Perfetta Company, helmed by the Varzella family, maintains the heritage of this game by using resin for the outer “shell”. The inside has a “heart” of different density, to improve game quality. This way every piece becomes unique and can offer spectacular trajectories, thrilling the partakers.