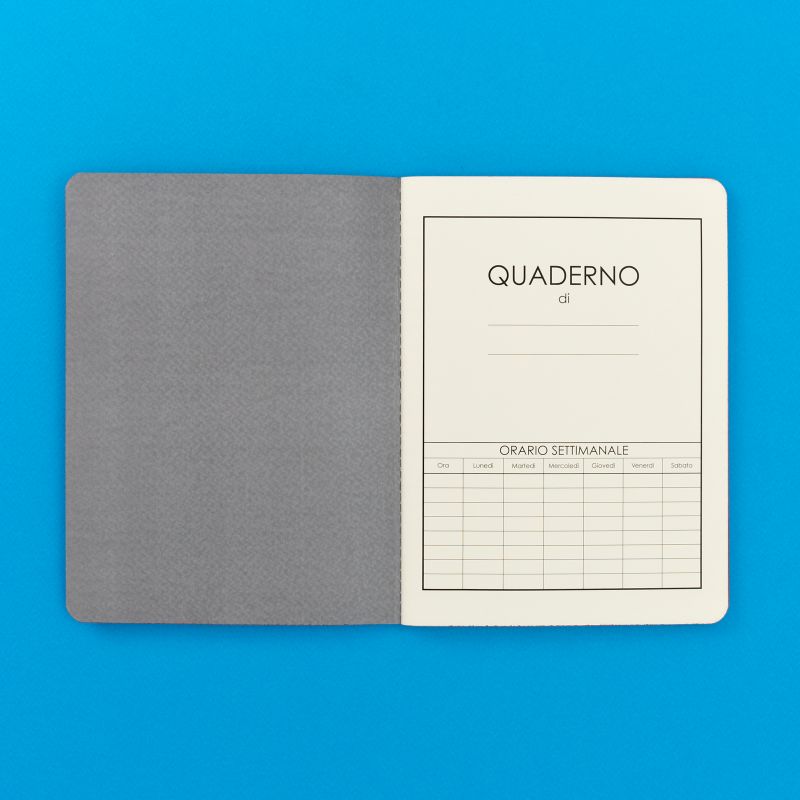 Entering Paolo Pigna Paper Mills’s archive means taking a journey through the history of Italian graphics and customs of the last 150 years. From 19th-century marbled covers to Liberty-style floral decorations, notebooks enter Italians houses bringing an entire aesthetic universe with them.
At the beginning of the twentieth century, thanks to the ever more widespread diffusion, the notebook became a tool of great communicative power: sensing its potential, Pigna began to produce with didactic purposes, addressing not only to children, but to the entire family, with the aim to inform them and broaden their horizons.
This is how notebooks dedicated to the discovery of our Country are born, through covers on the regions, the monuments, the ancient history. Notebooks become real editorial projects, illustrated by famous artists and designers, such as Galileo Chini, Marcello Dudovich or the Aerofuturist artist Tato.
With the advent of the Second World War, the atmosphere changed drastically and even the notebooks became part of an articulated propaganda system.
At the end of the conflict, the shadows dissolved and the atmosphere changes radically: now the desire to live in a free country is born and is animated by the will to build a new world. Children go back to school, but the families, often impoverished, do not have the possibility to provide the school equipment: the patronages take care of them and ask paper mills to produce simple and sturdy notebooks that can be distributed to the pupils.
In 1948, Nero Oriente was born: a black cover with red fore-edge, it soon becomes an icon of democratic design. Distributed in millions of copies, it accompanies children through the reconstrution years.
Beyond the undoubted practical function, the black color of the cover also seems to symbolize an ideal visual break from the previous imagery. A sort of necessary break, before opening the way to new, light and fun forms of communication that will characterize the years of the economic boom. In this period, infact, notebooks begin to differentiate according to age groups, focusing on fairy tales for the little ones, comics for the intermediate classes and the new myths, from Far West to “The American dream” for young adults.
In the 70s, the patterns become psychedelic, while in the 80s, the company launches Quablock, a ring binder destined for great fortune, like the Monochrome cult-line of 1993.
Today the company, leader in the school sector, supports collaborations of great value: this is how PdiPigna was born, a celebration for writing enthusiasts, with the aim of enhancing the timeless beauty of paper in a contemporary way.