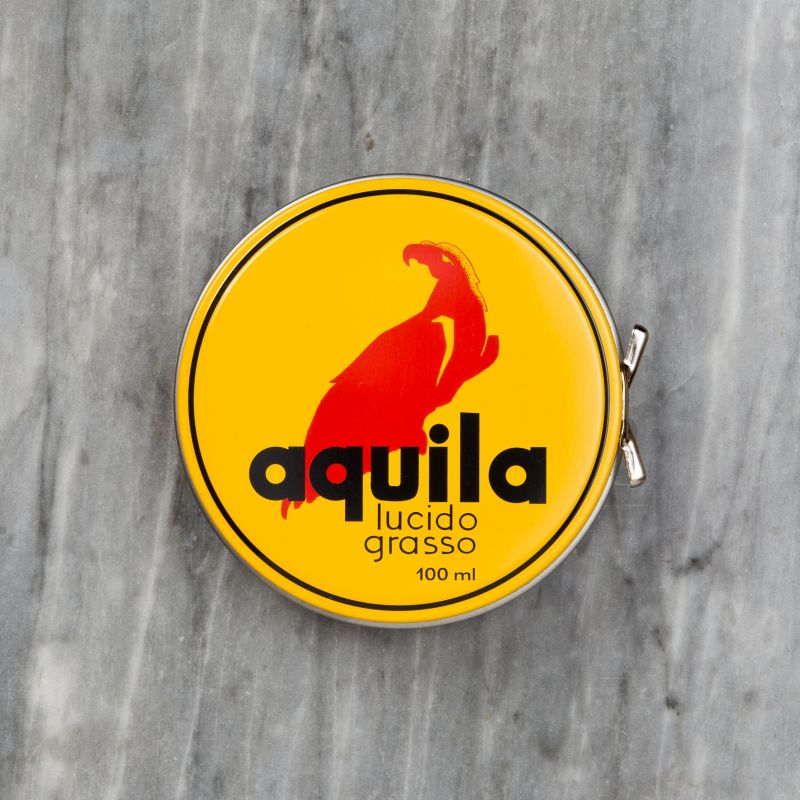 A precious and necessary object, at the beginning of the twentieth century, the shoe is considered a luxury item and was treated as such.
In rural families, to possess shoes was rare and therefore children wore them sparingly, while men used them to work in the fields, while taking very good care of them in order to make them last as long as possible.
Even in the city shoes were a symbol of wealth: gentlemen would show off their very shiny shoes and shoemakers held the secrets to make them shine at their best.
In this context, the demand for polish and protective pastes was very high and so, intercepting the potential of the market, in 1926 Ernesto Iori founds D.E.I.S.A. in Bologna and launched the Ebano (ebony) brand.
The name evokes the preciousness of wood and the depth of its coloring.
Since the beginning, Iori gave life to high-impact advertising campaigns, relying on famous designers, like Giuseppe Mingozzi (author of posters for Campari and Borsalino) and cinema illustrator Achille Mauzan.
In the 1930s, the company was taken over by Paolo Rossi: former organizer of boxing matches, Rossi was a chemist with a volcanic spirit. In his hands the company grew, giving life to new products for footwear and home cleaning.
Rossi promoted a vivid communication strategy: elephants, seals, scenes of sophisticated life, tennis clubs, beaches, mountains, become the ideal settings to present soaps, detergents and polishes in innovative formats (such as Beduino “solid polish for footwear”).
But the real coup de théâtre are the “advertising cars”, real means of transport in the shape of a giant shoe that traveled the country to surprise and present the new products on the market.
Among the company’s iconic products, Aquila (eagle) grease stood out: still available on the market, it soon became a beloved tool for all those who live and work outdoor.
On the golden yellow box, stood a large eagle, queen of the skies: elegant and majestic, it is a symbol of freedom and courage. And – great visual intuition – on its plumage the water slips away, allowing it to fly in any weather condition. Likewise, the grease allows the foot to remain dry and protected, offering maximum freedom of movement.
Thanks to his entrepreneurial intuitions, Rossi increases the sales network, reaching the point of producing millions of pieces a year. Among the customers, the Italian Army also makes its appearance, while, in the 1950s, he introduces a new sector, that of insecticides.
Today the company, in its third generation, is led with the same entrepreneurial spirit: the grandchildren, Maddalena and Luca Rossi, continue in the wake of innovation, with attention to new lifestyles. Thus, the classic formulations, carefully preserved, are accompanied by new products, such as the line for the care of sneakers, a new contemporary cult object.