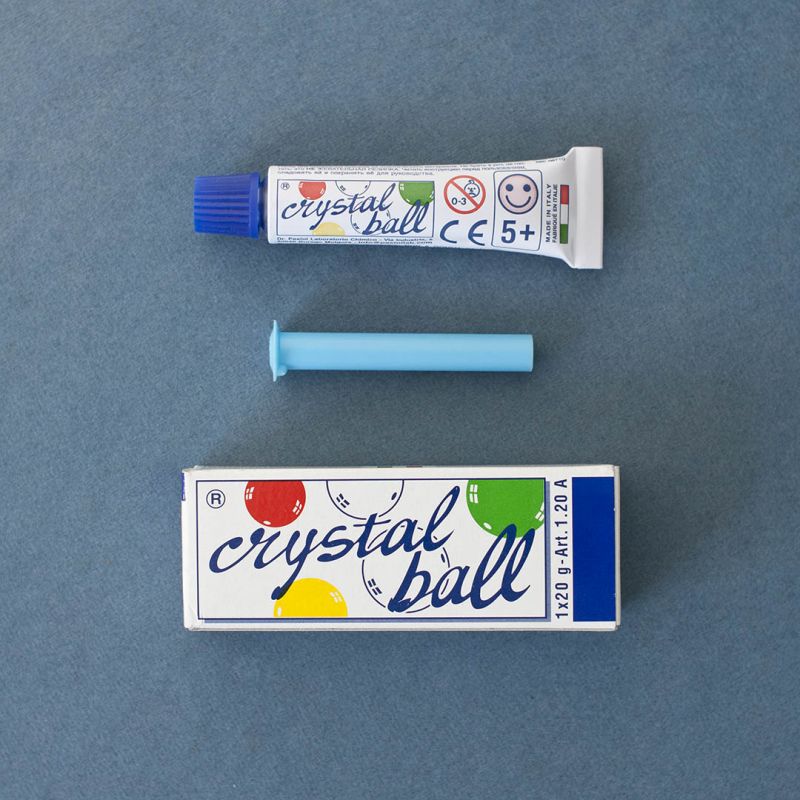 “A soap bubble is the most beautiful thing, and the most exquisite, in nature. I wonder how much it would take to buy a soap bubble if there was only one in the world”. Mark Twain

Love of soap bubbles must have been the very thing to transform Claudio Pasini from chemist to first-rate inventor. In 1947, barely two years after the Second Wolrd War, Pasini starts commercializing a special paste that produces unbreakable bubbles. It’s easy to use: take a small quantity of paste and perch it at the end of a straw. Blowing in it causes a gumlike membrane to expand, creating a colorful balloon with a sturdiness that no soap bubble could ever achieve.
Pasini thinks this game to be enormously fascinating. Indeed, history is full of illustrious fans of soap bubbles: from Sir Isaac Newton celebrating them in his optical studies, to the nineteenth-century physicist Antoine Ferdinand Plateau, who created a crank machine to study them closer.
Despite this glorious history, the timing is just plain wrong: most families cannot afford to spend money on any kind of toy after the war. And so Pasini needs to shelve the project until the time is right. In 1968 the paste hits the shops under the name of Crystal Ball. Its success is immediate and it peaks in the '80s.
Today the company – headed by Pasini's son Giovanni - continues production in the facilities in Burago di Molgora, in Lombardy. The original principles are still upheld and product quality and safety are paramount. This is why the special straw has a safety valve that ensures you don’t breathe in the backdraught.

Suggested reading:
Soap-bubbles, their colours and the forces which mould them; being the substance of many lectures delivered to juvenile and popular audiences with the addition of several new and original sections, Ulan Press, 2013